How to Find an Image Source Using Google

Check out my Pinterest page to see more web and blogging tips! 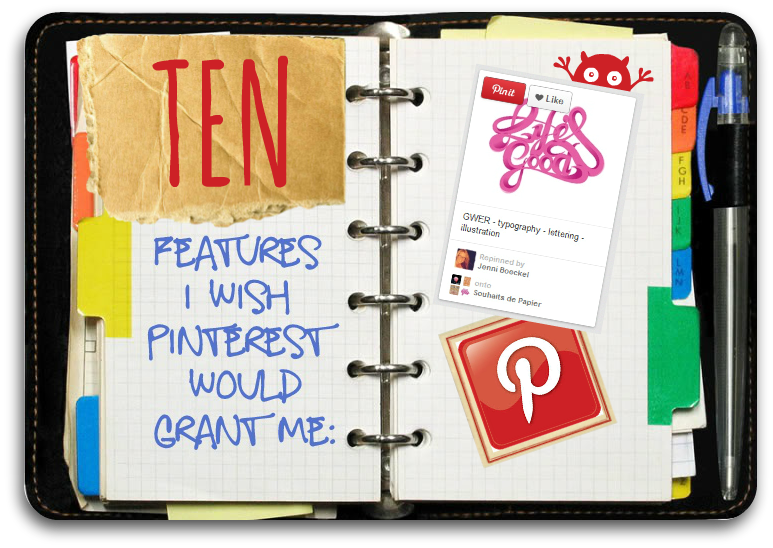 Though since their creation they have answered a number of requests, (Search within boards, repetitive pinning notice, and private boards, to name a few) I ask that the “Pinterest Gods” consider these ten wishes I have compiled. 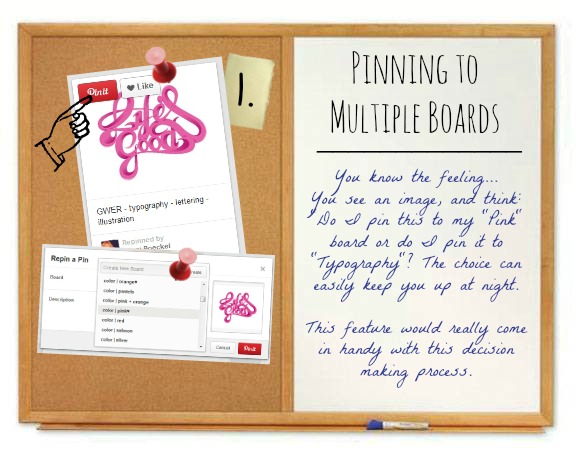 Well, to make our lives easier.  But if that's not reason enough, it's a time saver, really. The feature would be as easy as looking up the first board to put it in, (like we do now) then the window could remain open so we could choose another if desired.  If we don't want to add anymore, we would click "done".

Because sometimes in life, our eyes are bigger than our stomachs...or, boards... I dunno... We're human, sometimes we live in excess. As it is presently, there is a new option to "Pin", "Send" or "Like" , right?  Well, it wouldn't have to be anything more than ONE button at the top of each image, to set to one board you decide to pin to until we change the setting.  Pinterest can figure out the specifics to make this happen, I'm certain.

Having the dates on the pins would help with organizing your  "Junk Drawer" so-to-speak.  Sometimes things just need to be tossed.  But mainly, I wish for this just to satisfy my curiousity of when I actually pinned it...that's all.

Like stated, I have a huge amount of boards!  So many, they won't let me have anymore... (another complaint)  Anyway, dragging and dropping takes so much effort that by the time I'd be done, Pinterest will have tweaked this little problem and my hair would be gone from frustration.

When you pin, and pin, and ...well you get the idea, and you have a few that get the lucky pins in the board more than the others.  Scrolling down to each one gets a little redundant.  How about putting our three most frequent at the top of the alphabettically listed boards when pinning?

I recently discovered that the mobile app allows you to pin the the three most recent.  So, I gather it would be similar to that idea.

I have a lot of pinners that I follow that I certainly am likely to be sharing tea and jam with if not in a Pinterest Universe.  I'd love to drop in with them and see what I have missed that may have dropped on the main Pinterest page.  Imagine...your own little Pin-tourage {Ha!} right in your nifty little geeky rolodex!

This option is also known as: "It's no one's business what I have to say to a pinner!"  I really would love to drop a line to some pinners in the privacy of my own message box.  Wouldn't you love to claim BFF's with that one that also favors that one crazy board that your wild self talked you into creating? ...Or even just compliment that awesome collection of shoes they have hoarded?

Personalizing Your Main Page or Board Page Background

Omg, could you just imagine the possibilities?... Ok so, simple gray is nice and minimalistic.  But what if we want to express ourselves outside the realm of the board covers?  The background could even stay the way it is. However, like facebook and twitter, there are ways to express our personalities with a possible banner at the top for our favorite quote, a celebrity... or that inspirational fake wedding escape that only exists in a dream world. 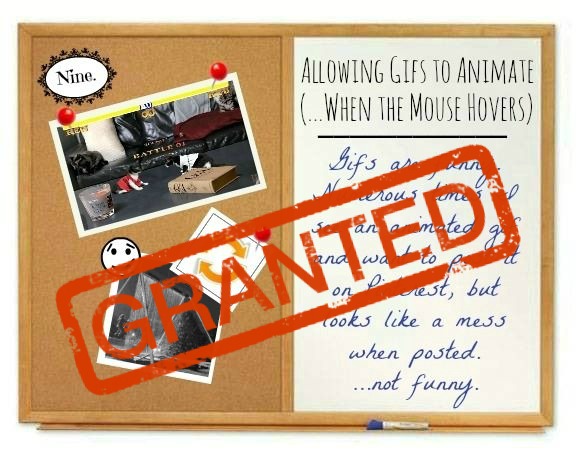 Allowing Gifs to Animate {...When the Mouse Hovers}

Ok, some people may not agree with this one because of existing {...or possibly creating} slow computers, but I think gifs should animate.  Haven't you seen what happens to those poor things when we pin them if clicked at just the wrong point?  They look like Family at Thanksgiving dinner gone awry!

Let Me Pin When a Site Has No Images

Well, the reason this bothers me is because sometimes I want to pin an article to save for later reading, and inconveniently there are no images to pin.  I know this may seem like it's defeating the purpose of pinning images, but  I don't believe that is the only use for Pinterest.  It was created to "Pin" items that inspire us or that we want to share with others in hopes of inspiring them.  Whether it be a future wedding, colors that move us, how we stay fit, or our favorite artists or musicians.  But sometimes what inspires us can be in the text that we read.

Took some time for the baby.  Maddox Troy is 6 months old now, & I'll be back up & runnin' real soon.  Please be patient {...as you have been, thank you.} and I'll conjure up some ideas in no time.

In the meantime, follow me on Pinterest and that'll keep you plenty pacified until my return to the blog world.

Whether you're off to the a dinner party or just the backyard, let your hair down for a breezy, just-been-to-the-beach look (even if you're nowhere near the ocean!).

At last, a use for those ancient tees stuffed in the back of your drawer: supersoft rollers.  To get romantic ringlets, shower at night and rake a mousse (like Living Proof Full Thickening Mousse, $26) through damp hair.

Cut a T-shirt into 6x1-inch strips, double them up, and wind big sections of hair around them. Roll each one up like a curler, tie the ends in a knot, and hit the sack.

In the a.m., untie and tousle.

The gently mussed side braid has an unfussy edge and works with, not against, the added texture you get from air-drying. First, let hair dry completely. (If you're naturally curly, you won't need to add a thing; if your hair's wavy or straight, build in body and piecey-ness with volumizer.)

Create a deep side part by flinging your hair over to one side, then gather all your hair together and braid away. If it looks too schoolgirl-ish, scrunch your fingers into your roots to mess it up a bit and free a few tendrils. Finish with a blast of hairspray.

For a few happy days of flyaway-free hair, put wet hair into a bun and let it dry: The bun compresses all the cuticles. Comb a smoothing cream through wet hair, then coil it up and twist it around itself into a knot. To fix it in place, use Goody's Spin Pins ($6.29 for two); just screw one in at the top of the bun, one up from the base, and boom — you're done.

To get hair that air-dries perfectly, begin in the shower, it's all about conditioning, because the healthier your hair is, the smoother and more compliant your cuticles (the "scales" on the hair shaft) will be and the less weirdly it will dry. Do a deep conditioning treatment like Organix Renewing Moroccan Argan Oil Treatment, $7.99, every two weeks, and let it sink in for at least 10 minutes. (Hey, you're not blow-drying — you can spend a little extra time in there!)

Post-shower, a big dose of leave-in conditioner works wonders for wet curly hair. And for fine hair, smooth a bit of oil (like Kérastase Elixir Ultime, $50) onto dried ends for extra moisture and shine.

When hair is 80 percent dry, scrunch in a salt spray like Paul Mitchell Awapuhi Wild Ginger Texturizing Sea Spray, $17.50, from roots to ends. Working in one- to two-inch sections, twirl locks of hair around your finger.

If hair is limp, give each section a short burst of hairspray while it's still damp. Then, hands off while it's drying; this prevents frizz. When hair is totally dry, flip your head over and shake it out — you'll stand back up to soft, sexy ripples.

Your {Dishwasher} is Thirsty!

What do you do when Your Dishwasher is Thirsty?

(the only flavor that works) into the detergent cup and running the (empty) dishwasher. The citric acid in the mix wipes out stains; you don't have to.

Thank you, God, for my wonderful Blessing!!

& Martha has a tutorial too! 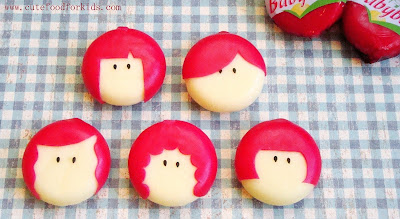 Seven Simple Rules for How to Take a Nap     {Divine Caroline} 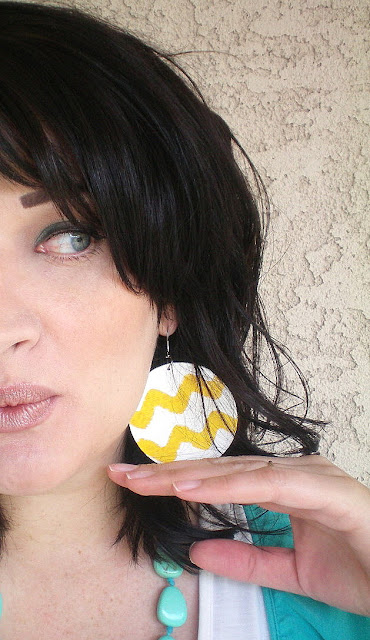 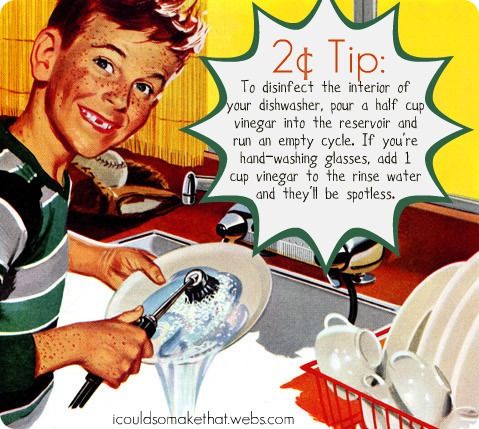 Make it Snow... Even in Florida!!
Better Homes & Gardens is featuring a Snowflake generator that you can make and send to your friends or post on Facebook.
Here's a run through of how it works.
When you first open the site, you can click the "Get Started Now" button to create your own. or you can catch one that falls to view the previously posted snowflakes and read the messages they created with them. They give you a "folded" piece of paper to cut with your mouse.  The more you cut, the more it changes.  If you can draw it with a mouse, it will show up times six on the snowflake... I warn you, it's addicting! When you're done, it will first ask you to type your name, location and message {not shown} and then when posted, it will bring you to this screen so you can post it to Facebook or email it to your friends & family. Finally, immediately after you click send {or No Thanks!}  it will bring you to this page to view your snowflake and read other posts.  It's really interesting to see what others have created. If you remember your snowflake number that they give you, you can look it up later at the bottom right hand corner of the screen. Just click on "Find a Flake".  My number is: 10034051 if you want to look it up. After I created about four, I made one more so you can see how the message is displayed. Here's what mine said: Here's my original... and my favorite! Go now to BHG.com to make & send your own.
Or go here for another version {link below}

Tip Nut has compiled 11 crafty organizing projects for family meal planning for you
to make or print. 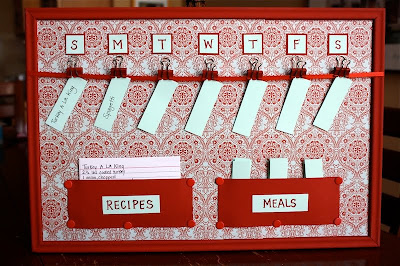 Head on over to Tipnut.com to check them out.